THE UNLEARNER
NAV
NAV
TOP 10
All Time
1
A Critical Inquiry Into: Heinlein’s Stranger in a Strange Land
2
Philosophy Primers: Sophie’s World
3
A Critical Inquiry Into: Herman Hesse’s Siddhartha
4
10 Essential Books To Help You Become a Better Writer
5
The Joy of Books: a Love Letter in Stop Motion
6
The Philosophy of Love
7
Moonwalking with Einstein: The Art and Science of Remembering Every...
8
The Brilliance of Vonnegut’s Cat’s Cradle
9
Why Old Books Smell
10
J.R.R. Tolkien’s Magnificent Original Drawings for The Lord o...
previous
For the love of books: The story of The Last Bookstore
random
next
Moonwalking with Einstein: The Art and Science of Remembering Everything
Books 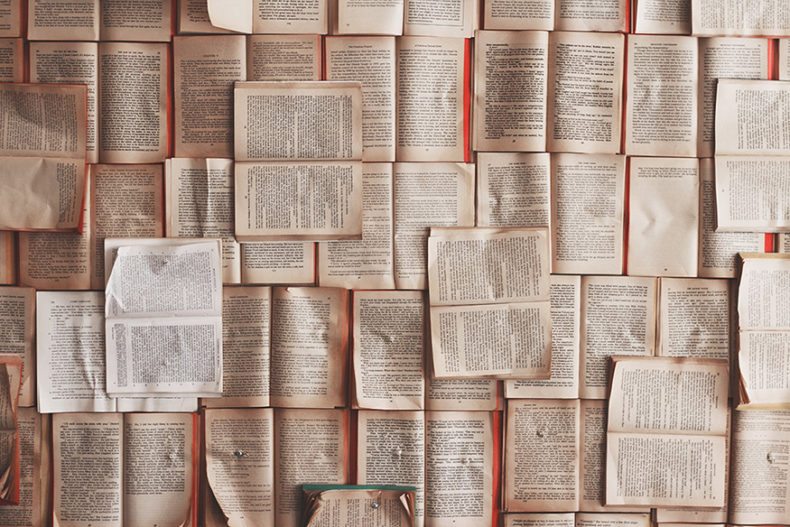 Quoteworthy is a series of pieces of writing worth sharing: whether it’s because of warmth of its words, the wisdom of its message, or for the sheer beauty of its prose. Culled from books old and new. Expect epiphanies and an endless source of books to add to your to-read pile.

This is man: for the most part a foul, wretched, abominable creature, a packet of decay, a bundle of degenerating tissues, a creature that gets old and hairless and has a foul breath, a hater of his kind, a cheater, a scorner, a mocker, a reviler, a thing that kills and murders in a mob or in the dark, loud and full of brag surrounded by his fellows, but without the courage of a rat alone. He will cringe for a coin, and show his snarling fangs behind the giver’s back; he will cheat for two sous, and kill for forty dollars, and weep copiously in court to keep another scoundrel out of jail.

This is man, who will steal his friend’s woman, feel the leg of his host’s wife below the table-cloth, dump fortunes on his whores, bow down in worship before charlatans, and let his poets die. This is man, who swears he will live only for beauty, for art, for the spirit, but will live only for fashion, and will change his faith and his convictions as soon as fashion changes. This is man, the great warrior with the flaccid gut, the great romantic with the barren loins, the eternal knave devouring the eternal fool, the most glorious of all the animals, who uses his brain for the most part to make himself a stench in the nostrils of the Bull, the Fox, the Dog, the Tiger, and the Goat.

Yes, this is man, and it is impossible to say the worst of him, for the record of his obscene existence, his baseness, lust, cruelty, and treachery, is illimitable. His life is also full of toil, tumult, and suffering. His days are mainly composed of a million idiot, repetitions–in goings and comings along hot streets, in sweatings and freezings, in the senseless accumulation of fruitless tasks, in decaying and being patched, in grinding out his life so that he may buy bad food, in eating bad food so that he may grind his life out in distressful defecations. He is the dweller in that ruined tenement who, from one moment’s breathing to another, can hardly forget the bitter weight of his uneasyflesh, the thousand diseases and distresses of his body, the growing incubus of his corruption. This is man, who, if he can remember ten golden moments of joy and happiness out of all his years, ten moments unmarked by care, unseamed by aches or itches, has power to lift himself with his expiring breath and say: “I have lived upon this earth and known glory!”

This is man, and one wonders why he wants to live at all. A third of his life is lost and deadened under sleep; another third is given to a sterile labour; a sixth is spent in all his goings and his comings, in the moil and shuffle of the streets, in thrusting, shoving, pawing. How much of him is left, then, for a vision of the tragic stars? How much of him is left to look upon the everlasting earth? How much of him is left for glory and the making of great songs? A few snatched moments only from the barren glut and suck of living.

Here, then, is man, this moth of time, this dupe of brevity and numbered hours, this travesty of waste and sterile breath. Yet if the gods could come here to a desolate, deserted earth where only the ruin of man’s cities remained, where only a few marks and carvings of his hand were legible upon his broken tablets, where only a wheel lay rusting in the desert sand, a cry would burst out of their hearts and they would say: “He lived, and he was here!”

He needed speech to ask for bread–and he had Christ! He needed songs to sing in battle–and he had Homer! He needed words to curse his enemies–and he had Dante, he had Voltaire, he had Swift! He needed cloth to cover up his hairless, puny flesh against the seasons–and he wove the robes of Solomon, he made the garments of great kings, he made the samite for the young knights! He needed walls and a roof to shelter him–and he made Blois! He needed a temple to propitiate his God–and he made Chartres and Fountains Abbey! He was born to creep upon the earth–and he made great wheels, he sent great engines thundering down the rails, he launched great wings into the air, he put great ships upon the angry sea!

Plagues wasted him, and cruel wars destroyed his strongest sons, but fire, flood, and famine could not quench him. No, nor the inexorable grave–his sons leaped shouting from his dying loins. The shaggy bison with his thews of thunder died upon the plains; the fabled mammoths of the unrecorded ages are vast scaffoldings of dry, insensate loam; the panthers have learned caution and move carefully among tall grasses to the water-hole; and man lives on amid the senseless nihilism of the universe.

For there is one belief, one faith, that is man’s glory, his triumph, his immortality–and that is his belief in life. Man loves life, and, loving life, hates death, and because of this he is great, he is glorious, he is beautiful, and his beauty is everlasting. He lives below the senseless stars and writes his meanings in them. He lives in fear, in toil, in agony, and in unending tumult, but if the blood foamed bubbling from his wounded lungs at every breath he drew, he would still love life more dearly than an end of breathing. Dying, his eyes burn beautifully, and the old hunger shines more fiercely in them–he has endured all the hard and purposeless suffering, and still he wants to live.

My name is Ruchita and I'm on a quest to be better, smarter and happier. The Unlearner is home to this grand experiment: a curious laboratory full of exciting ideas, great books, and a wealth of resources. Interested? Learn more or join me in this epic adventure.
Be the first to comment!
Leave a reply »