THE UNLEARNER
NAV
NAV
TOP 10
All Time
1
Bertrand Russell: ‘What I Have Lived For’
2
Stanley Kubrick and the Meaning of Life
3
Philosophy Posters: Re-imagining Existentialism, Nihilism, Solipsis...
4
How Pablo Neruda Came to Write His First Poem
5
Vincent Van Gogh on Love, Procrastination, and the Struggle for Mea...
6
Leonardo da Vinci’s Resume
7
Isaac Asimov On What Intelligence Really Is
8
Young Isaac Newton’s ‘List of Sins’
9
Remembering Anne: Rare Video Footage of Otto Frank
10
Learning Out of Books vs a Traditional Education
previous
Bertrand Russell: 'What I Have Lived For'
random
next
Existential Star Wars
Culture

Stanley Kubrick and the Meaning of Life 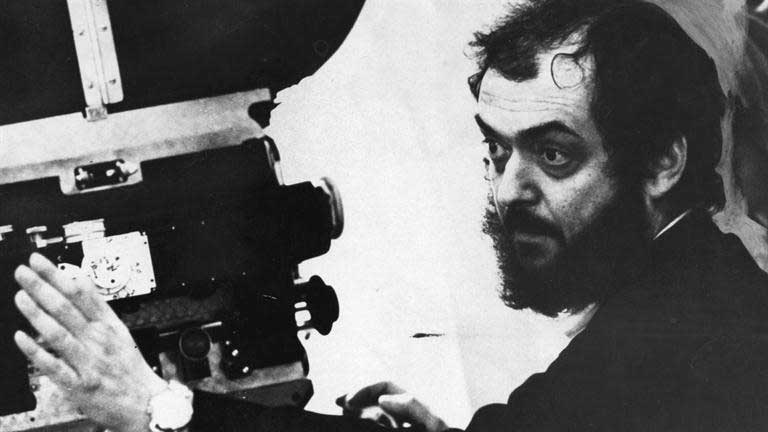 ‘However vast the darkness, we must supply our own light.’

In his interview with Playboy Magazine in 1968, legendary film director Stanley Kubrick was confronted with the question of what gives life its meaning and makes it worthwhile. The great director’s reply is profound and stunningly articulate.

Q: If life is so meaningless, do you feel that it’s worth living?

Kubrick: Yes, for those of us who manage somehow to cope with our mortality. The very meaninglessness of life forces man to create his own meaning. Children, of course, begin life with an untarnished sense of wonder, a capacity to experience total joy at something as simple as the greenness of a leaf; but as they grow older, the awareness of death and decay begins to impinge on their consciousness and subtly erode their joie de vivre, their Idealism—and their assumption of Immortality.

As a child matures, he sees death and pain everywhere about him, and begins to lose faith in the ultimate goodness of man. But if he’s reasonably strong—and lucky—he can emerge from this twilight of the soul into a rebirth of life’s élan. Both because of and in spite of his awareness of the meaninglessness of life, he can forge a fresh sense of purpose and affirmation. He may not recapture the same pure sense of wonder he was born with, but he can shape something far more enduring and sustaining.

The most terrifying fact about the universe is not that it is hostile but that it is indifferent; but if we can come to terms with this indifference and accept the challenges of life within the boundaries of death—however mutable man may be able to make them—our existence as a species can have genuine meaning and fulfilment. However vast the darkness, we must supply our own light.

For those of us grappling with with philosophical dilemmas of our own, Kubrick’s philosophy reiterates the existential idea that we draw our own meaning from a meaningless world. But what does he mean by the ‘meaninglessness of life’?

Why the Universe doesn’t give a damn about you

The heart of Kubrick’s argument is that the universe is inherently devoid of meaning. Comparisons to nihilism are instantly refuted, for Kubrick’s viewpoint differs in the sense that he believes that although inherently pointless, the universe can nevertheless be shaped and coloured by the individual in their own way. It doesn’t necessarily have to be pointless in the end.

But what Kubrick encapsulates, above all, is the idea that the most terrible fact is not that the Universe is hostile, but that it is indifferent. That can be quite the difficult notion to come to terms with, especially if you have been raised on the belief that has been drilled into our heads since primary school: those endless slogans proclaiming ‘You Are Special’. His notion not only challenges our presumed place in the Universe, but also smacks a league of big-brand New Age philosophies straight in the face.

Some of these New Age beliefs attest that if you just think about it hard and long enough, the Universe will ‘conspire to give you what you want’. But according to Kubrick, the fact that the Universe doesn’t actually give a damn about you is no big Secret.

Apart from being a wake-up-call, Kubrick’s statement underscores an at-once humbling and empowering fact about life. In the grand scheme of things, maybe what you are and what you do with your life will be unimportant and ultimately forgotten. You were born and put on this earth with no real purpose, your life holds no Divine Meaning, and you certainly aren’t special in the way your kindergarten teacher told you.

Maybe those are tough facts to digest. But once you get over the slight arrogance of assuming that in this Universe, in this impossibly vast expanse of space and time, we, creations of a unknown and benign ‘Higher Power’ were put specifically on this one planet to fulfill the one purpose that was especially created just for us, you begin to appreciate the brighter side of the picture.

And the brighter side of the picture is that The Meaning isn’t out there. And here’s the good news: You are free to create your own. In the larger scheme of things, you, and you alone, will be responsible for what you create. Maybe your life was originally purposeless. But hey, is that really going to stop you from making your own?

The realisation that we give our lives our own meaning, that we shape it, create it, and colour it, is at once humbling and empowering. It’s simultaneously terrifying, and freeing. We live in the darkness, but we supply our own light.

My name is Ruchita and I'm on a quest to be better, smarter and happier. The Unlearner is home to this grand experiment: a curious laboratory full of exciting ideas, great books, and a wealth of resources. Interested? Learn more or join me in this epic adventure.
More Goodness
essaysmeaning of life

Memories of the 2016 Election, In Four Parts

In the Business of Doing Good: The Story of TOMS

OK, so you just graduated. Where the hell do you go from here?

Language in the Age of the Internet

How The New York Times Lost the Plot
Be the first to comment!
Leave a reply »

MUST READ
YOU NEED TO READ
THIS NOW
Full Story
NEWSLETTER!
Bite-sized smarts