THE UNLEARNER
NAV
NAV
TOP 10
All Time
1
Bertrand Russell: ‘What I Have Lived For’
2
Stanley Kubrick and the Meaning of Life
3
Philosophy Posters: Re-imagining Existentialism, Nihilism, Solipsis...
4
How Pablo Neruda Came to Write His First Poem
5
Vincent Van Gogh on Love, Procrastination, and the Struggle for Mea...
6
Leonardo da Vinci’s Resume
7
Isaac Asimov On What Intelligence Really Is
8
Young Isaac Newton’s ‘List of Sins’
9
Remembering Anne: Rare Video Footage of Otto Frank
10
Learning Out of Books vs a Traditional Education
previous
Learning Out of Books vs a Traditional Education
random
next
Young Isaac Newton's 'List of Sins'
Culture

Isaac Asimov On What Intelligence Really Is 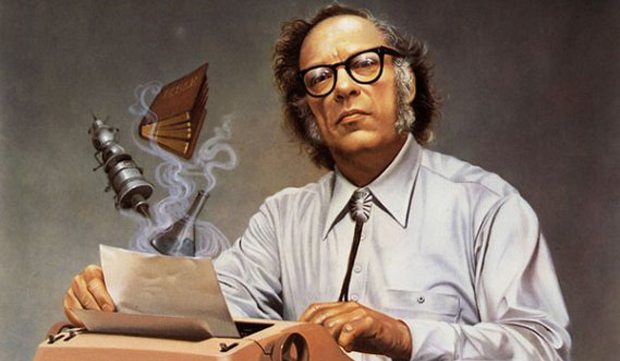 Isaac Asimov, one of science fiction’s most beloved authors, was a terrifically prolific writer whose work spanned diverse fields such as science, history, the study of the Bible, philosophy, and literature, among others. Asimov’s autobiography is amongst the longest works he ever wrote, comprising two volumes as well as additional companion volumes such as I, Asimov, and a companion book edited by Janet Jeppson Asimov, It’s Been A Good Life.

Asimov, who recounts his experience of living as someone on the ‘higher’ end of the intelligence scale early in his childhood and teens in his autobiography, delights us in this amusing tale, where he recounts an incident that shines a light on our perception of intelligence.

What is intelligence, anyway?

When I was in the army, I received the kind of aptitude test that all soldiers took and, against a normal of 100, scored 160. No one at the base had ever seen a figure like that, and for two hours they made a big fuss over me.

(It didn’t mean anything. The next day I was still a buck private with KP – kitchen police – as my highest duty.)

All my life I’ve been registering scores like that, so that I have the complacent feeling that I’m highly intelligent, and I expect other people to think so too.

Actually, though, don’t such scores simply mean that I am very good at answering the type of academic questions that are considered worthy of answers by people who make up the intelligence tests – people with intellectual bents similar to mine?

My intelligence, then, is not absolute but is a function of the society I live in and of the fact that a small subsection of that society has managed to foist itself on the rest as an arbiter of such matters.

For instance, I had an auto-repair man once, who, on these intelligence tests, could not possibly have scored more than 80, by my estimate. I always took it for granted that I was far more intelligent than he was.

Yet, when anything went wrong with my car I hastened to him with it, watched him anxiously as he explored its vitals, and listened to his pronouncements as though they were divine oracles – and he always fixed my car.

Well, then, suppose my auto-repair man devised questions for an intelligence test.

Or suppose a carpenter did, or a farmer, or, indeed, almost anyone but an academician. By every one of those tests, I’d prove myself a moron, and I’d be a moron, too.

In a world where I could not use my academic training and my verbal talents but had to do something intricate or hard, working with my hands, I would do poorly.

He had a habit of telling me jokes whenever he saw me.

One time he raised his head from under the automobile hood to say: “Doc, a deaf-and-mute guy went into a hardware store to ask for some nails. He put two fingers together on the counter and made hammering motions with the other hand.

“The clerk brought him a hammer. He shook his head and pointed to the two fingers he was hammering. The clerk brought him nails. He picked out the sizes he wanted, and left. Well, doc, the next guy who came in was a blind man. He wanted scissors. How do you suppose he asked for them?”

Indulgently, I lifted by right hand and made scissoring motions with my first two fingers.

Whereupon my auto-repair man laughed raucously and said, “Why, you dumb jerk, He used his voice and asked for them.”

Then he said smugly, “I’ve been trying that on all my customers today.” “Did you catch many?” I asked. “Quite a few,” he said, “but I knew for sure I’d catch you.”

“Why is that?” I asked. “Because you’re so goddamned educated, doc, I knew you couldn’t be very smart.”

And I have an uneasy feeling he had something there.

My name is Ruchita and I'm on a quest to be better, smarter and happier. The Unlearner is home to this grand experiment: a curious laboratory full of exciting ideas, great books, and a wealth of resources. Interested? Learn more or join me in this epic adventure.
More Goodness
featured

Bertrand Russell: ‘What I Have Lived For’

How Pablo Neruda Came to Write His First Poem

Vincent Van Gogh on Love, Procrastination, and the Struggle for Meaning

How To Be More Creative in Two Minutes

Must Watch: The Most Astounding Fact About the Universe
Be the first to comment!
Leave a reply »