THE UNLEARNER
NAV
NAV
TOP 10
All Time
1
Bertrand Russell: ‘What I Have Lived For’
2
Stanley Kubrick and the Meaning of Life
3
Philosophy Posters: Re-imagining Existentialism, Nihilism, Solipsis...
4
How Pablo Neruda Came to Write His First Poem
5
Vincent Van Gogh on Love, Procrastination, and the Struggle for Mea...
6
Leonardo da Vinci’s Resume
7
Isaac Asimov On What Intelligence Really Is
8
Young Isaac Newton’s ‘List of Sins’
9
Remembering Anne: Rare Video Footage of Otto Frank
10
Learning Out of Books vs a Traditional Education
previous
Language in the Age of the Internet
random
next
New York of 1974: The Photography of Danny Lyon
Culture 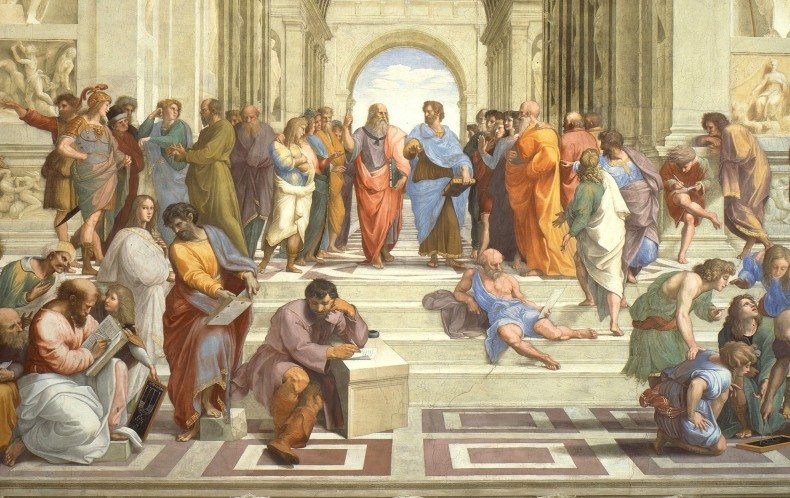 It’s a brand new day!
And the sun is high
All the birds are singing
That you’re going to die.

Wait, wait, wait. Hold up. I didn’t mean to put a damper on your morning. The idea of being reminded of your own mortality, I admit, doesn’t particularly strike me as the best way to begin my day (‘Hi, morning, what’s up?’ ‘Oh good morning, nothing much, just having breakfast over the morning news contemplating the insignificance of my own existence.’ A bit grim, to say the least.)

Then again, we humans are so astonishingly capable of forgetting the inevitability of our death, maybe it’s safe to say that we need some reminding. And can you blame us for forgetting that fact? Daily life does such a good job of putting us to the grind and getting us lost in the throes of the mundane routine – the same commute, the same faces you see everyday, the same ‘How are you?’s you ask (even though you’re not really exactly inquisitive about the sordid day-to-day affairs of your boring neighbour). It’s no wonder then, that death would escape our tiny mortal minds. But there it is, that little piece of information safely tucked away to the back of our heads, crouching in waiting as we go about our business, mowing our lawns and getting haircuts.

So we thought it would be a good idea to ruffle those idle thoughts and bring up a few important questions that serve to jerk us out of our dead-pan routines.

We present to you the five most disturbing philosophical ideas – be advised: Do not read immediately before going to sleep; do not read on an empty stomach.
Ready to begin? Here we go:

or You don’t really have choice over what ice-cream flavour you want.

Every thing you do, you’re only doing because so many things and people and events have come before you, to lead you to where you are. Every action is governed by things that are not in your control. When you ‘decide’ to do something, you can only do it because the state of the world is such that it led to you and where you are. Think about it – you may think you have choice; but all that ‘choice’ is just choosing things put inside a box already handed out to you. Free will is an illusion.

or Do you feel like this has happened before?

It was Nietzsche who puzzled philosophers with this idea: Anything that happens, has already happened. And not just once, but infinite times. At first, that seems absurd. But let us remind ourselves, that as of now, we are into the 21st century and millions of years into existence of continuous change and evolution and destruction. And, we are nowhere near to beginning to comprehend the beginning or ending of time. Eternal recurrence is a concept which says that the universe has been recurring, and will continue to recur an infinite number of times across infinite time and infinite space. Nietzsche contemplates the idea as potentially “horrifying and paralyzing”, and says that its burden is the “heaviest weight” imaginable.

or When I Close My Eyes, The World Drops Dead

Now, here’s a mind bender. Have you ever felt like you were in a movie, or a book, with all the people and events happening in your life merely the work of a fancy of someone else? Or worse: of your own imagination? Well, solipsism reaffirms that belief. It is the idea that only your mind is real. All that exists, exists in your head. This idea seems to have held eternal fascination with artists and it consistently shows up in works of art and music. For example, in Strawberry Fields Forever, John Lennon asserts,‘Living is easy / with eyes closed, misunderstanding all you see…Nothing is real / and nothing to get hung about.’ Films like The Truman Show, The Matrix, and The Cube also explore this concept.

or Help! I’m a Random Speck of Dust Floating in Space With No Meaning or Purpose!

Ah, existentialism. Often seen by people as godless, hopeless, depressing bundle of thought. ‘What do you mean, we have no purpose? That we’re random? That we have no special place in the universe?’ or, in less patient company, ‘Ha! Throw your Sartre and Camus at me as much as you like, but do you seriously mean to tell me that I’m not here for a reason God meant it to be?’ Yes, dear reader, I mean exactly that. If you take a second (or third, or fourth, or as long as it takes you) glance at this philosophy, you will realise that it’s not really depressing at all. In fact, quite the opposite. The belief that you were born into the world without any special purpose laid out for you sets you free from the illusion of fatalism (that is, everything is laid out for you, or what we call ‘destiny’.) The universe is neither benevolent nor malevolent. Everything that exists, exists. Our ego would like to believe that we’re special, that we have some purpose. But that’s what the idea is saying: You make the meaning. You make your own purpose. So instead of saying life is meaningless, what it really is saying is Hi, you’re here, you’re alive, you give your life your own meaning. You are here and one day you will die. The time between that is all yours. I think that knowledge is at once liberating, and beautiful.

or Wait, Are You Sure About That?

The nature of Truth is one concept that has infuriated and fascinated countless people in equal measure. The idea that 1) Absolute truth doesn’t exist; and 2) It is impossible to be certain of something completely; is definitely unsettling. That is because what is true to you may not be true for me. Your reality is not the same as that of your dog. What is absolute truth, and who decides it? There is no way of being sure.

So there you have it. Good morning and enjoy your breakfast.

Remember, you are going to die.

My name is Ruchita and I'm on a quest to be better, smarter and happier. The Unlearner is home to this grand experiment: a curious laboratory full of exciting ideas, great books, and a wealth of resources. Interested? Learn more or join me in this epic adventure.
More Goodness
ideasoriginals

How To Criticize Meaningfully
Be the first to comment!
Leave a reply »